We all know most professional athletes get paid well to play sports. But, it’s crazy to think that some athletes actually make more money from athletic endorsements than from actually playing the sport he/she is so well known for.

Here are some athletes who make more from endorsements than they do from actually playing sports.

If endorsements are any indication, it seems as if Woods has bounced back from his scandal. Sixty-five million dollars in endorsement deals with brands such as Nike, Rolex, Fuse Science and Upper Deck easily trump the $13.1 million he earned on the tour last year.

James’s endorsements with Nike, Coca-Cola, McDonald’s, Sprint, State Farm, Glaceau and Baskin Robbins (just to name a few) earned him $42 million last year. He also earned $17.8 million from his contract with the Miami Heat. It’s good to be King! 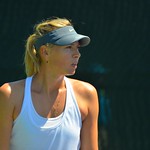 With $23 million in endorsements and $6 million in tennis winnings last year, Sharapova is the highest paid female athlete in the entire world. Endorsements with Nike, Evian, Samsung, TAG Heuer, Porsche and Cole Haan make up the majority of her income. 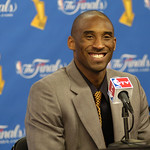 Bryant’s on court career may be winding down but his endorsement career is still healthy. Last year Bryant made $34 million in endorsement deals with Nike, Sprite, McDonald’s, Spalding and Upper Deck and $27.9 million dollars as a Laker. 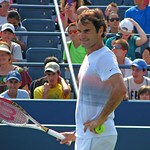 Last year, Federer’s $65 million in endorsements with Nike, Rolex, Wilson and Gillette and $6.5 million in tennis earnings made him the second highest earning athlete in the entire world! 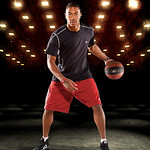 Even though injuries kept him from playing last season, Rose still made $21 million dollars in endorsements and $16.4 million from his contract with the Bulls. Rose has endorsements with 2K Sports, Skull Candy and Powerade, but the largest portion of his endorsement income comes from his shoe deal with Adidas. 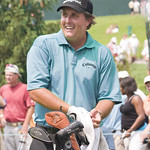 Michelson made an astounding $44 million in endorsements last year compared to his $4.7 million in tour earnings. “Lefty” is one of golf’s most likeable and successful players which led to endorsements with Callaway, KPMG, ExxonMobil, Rolex, Barclay’s and Amgen/Pfizer. 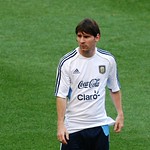 Messi’s jaw dropping skills earn him $20.3 million on the pitch. But he earns $21 million off the pitch thanks to endorsements with Pepsi, Adidas, EA Sports and Turkish Airlines. The 26-year-old striker has plenty more years of playing and endorsing ahead of him.

Create Your Brand’s Own Athlete Endorsement

Get a free demo with opendorse and begin creating your own athlete endorsement campaign today!

Building Brands and Engaging Fans: How Nebraska is Helping Student-Athletes Prepare for their Future